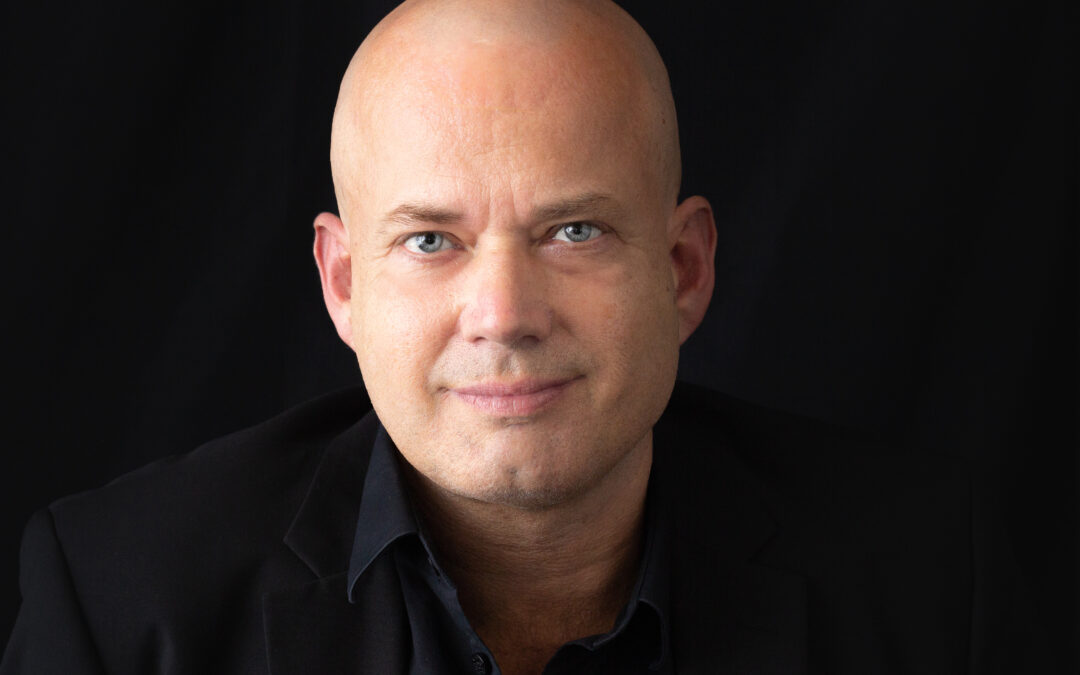 It might seem a far shot from Bach’s Evangelists and Schubert’s suicidal young men to daring cabarets about gender and venereal diseases, war and love, occupation and liberation. But Mads Elung-Jensen as a singer is basically a storyteller as the old baroness Karen Blixen would have said.

Mads tells stories when he sings Schubert’s Die schöne Müllerin and Winterreise, when he takes us on the journey from the luminous infatuation to the breakdown and the suicide, down into the brook’s seductively alleviating waters or far out into the winter’s snow and loneliness.

Mads tells the – for some – greatest and ultimate story, when he celebrates Jesu birth in the Christmas Oratorio or takes us by the hand through his suffering and death in the St. John Passion and the St. Matthew Passion.

He writes new texts in both German and Danish, translates back and forth from both French, German and Danish, tosses refined rhymes and sharp points around. Mads is a very intelligent singer and a great linguistic talent – he speaks no less than seven languages – with a ravenous appetite for life in all its multiple forms.

And when I call this colourful tenor and cabaret-artist by his first name, it is because I have known Mads since 1984, when we both began to study musicology at the Copenhagen University.

Actually, we looked at each other a bit mistrusting for some months – whoever might this for ever singing and noisy fellow be – but then we became friends and threw ourselves through note after note, score after score, with me as an enthusiastic sight-reading pianist and Mads with a death-defying and immeasurable self-confidence.

Three years later we both transited from the university to the Royal Danish Academy of Music, where several of our co-students thought that we with our – then – shining dark hair and twinkling blue eyes must be brothers. We were not, but we have been friends ever since, with changing intensity, and in the latest years we have had the joy of making a series of concerts together, where we have mixed the music and the song-texts with an accompanying moderation. Concerts with narrator.

Our Feeble Courage we called our concert series about the responsibility of the artist and the individual human being facing dictatorship and war. Strong texts by Gustaf Munch-Petersen, Tom Kristensen, Bertolt Brecht and Paul Celan – with intense, embodied, sometimes directly difficult and violent music by Peter Bruun, Alexander Muno and Aribert Reimann (the masterpiece Engführung). Concerts which we performed in Copenhagen (ao. LiteraturHaus), Roskilde, Helsingør, Aarhus, Køge, on Bornholm’s Art Museum and in the Danish Embassy in Berlin.

Winterreise meets the Hunger Heart is the name of our concert series with the author Karen Fastrup, where Schubert’s winter journey is mirrored in the breakdown and borderline psychosis in Karen Fastrup’s poignant novel. Concerts which we have performed in LiteraturHaus and which we – the imfamous virus SARS-CoV-2 providing – ao. will perform in the Danish embassy in Berlin.

Enivrez-vous! – Get drunk! is the name of our coming concert series with French and Danish poets, Baudelaire, Verlaine, Rimbaud and Emil Aarestrup, with music of a.o. Fauré, Debussy, Ravel, Poulenc, Heise and Lange-Müller – and totally new works, creations, written for the occasion by composers from both France and Denmark.

Another example that music and singing to Mads simply is storytelling. No matter how simple and sweet, or how difficult and challenging, the music is – Mads finds the story in it and tells it in a way that the audience sits at the far end of the chair hanging at his lips.

Mads Elung-Jensen was born in 1965 in the village of Vissing close to Hadsten and grew up in the beautiful province of East Jutland, where he already as a child and as a high-school church singer in Randers sang and crooned.

He and I were (as above mentioned) admitted to the Royal Danish Academy of Music in Copenhagen in 1987. From here Mads graduated with a music pedagogic diploma in 1993 and made his debut in 1995 from the soloists’ class, trained by professor Bodil Gümoes.

A landmark experience to Mads was the meeting with the Swiss tenor Ernst Haefliger. For six years, Mads took part in Haefliger’s masterclasses in Zürich and took private lessons with him in Munich and Davos. With him he studied the parts of the evangelist in Bach’s passions, the great song cycles of Schubert and Schumann and the classic tenor roles in Mozart’s operas.

During his student years, Mads Elung-Jensen ao. sang in the Danish National Radio Chorus. Here he was discovered by the choir master professor Uwe Gronostay, and invited to Berlin, where he 1992 had his German debut as a tenor soloist in Mozart’s Requiem in the Berlin Philharmonic.

Mads Elung-Jensen served 1990-94 as Louise Lerche-Lerchenborg’s assistant at the Lerchenborg Music Days. The meetings with both Danish and foreign composers evoked his interest for contemporary music and the close collaboration with the individual composers, and Mads has since premiered numerous works.

A thread back to the studies with Haefliger was drawn, when Mads 2011 in the Nordic Embassies in Berlin sang Aribert Reimann’s great cantata Engführung, accompanied by professor Axel Bauni. Aribert Reimann writes:

“Since Ernst Haefliger who premiered this cycle in 1968, I have never heard this work so complete, so moving in the expression and touching in the sound, and so gripping in the form. To me, it was a great, unforgettable experience.”

Apart from his repertoire of classical and modern composition music, Mads has a.o. sung tangos and toured in Argentina with the Storstrøm Chamber Players in 1999, and he enthusiastically nurtures his childhood love for cabaret music. 2004, Mads created the ensemble Kopenhagen Kabarett and wrote three performances for the group.

Through numerous performances, as well and radio- TV- and CD-recordings, Kopenhagen Kabarett in broad circles in Denmark became a concept, a beautiful new expression for the best Berlin cabaret tradition of the golden 20s.

Kopenhagen Kabarett had its first performance in the then newly opened LiteraturHaus, which since has been a steady base for Mads’ performances in Copenhagen. Here he also celebrates his 25th anniversary for his debut from the soloists’ class with the premiere of his new cabaret Glemmer du? – If You Forget 3 November 2020.

He has also written and performed cabarets like Ein bisschen Leichtsinn, Possessed – Obsessed – Occupied, ButtStuff and Kann denn Liebe Sünde sein?, and he sings languorous love songs with his quartet Die Goldvögel in Berlin, where he has lived since 2009.

A special matter for Mads Elung-Jensen is the music which can comfort and support us in the dark hours of life.

2012, he was invited as a soloist at the World-Peace-Day Mass in the Cathedral of Cologne. This at first created a collaboration with the Cologne cathedral organist Ulrich Brüggemann and with the leader of the German Military’s catholic soul comfort service, Rainer Schnettker about music for comfort, Musik zum Trost in Trauer.

Since then, Mads has continued this beautiful work with six annual summer concerts in the chapel of the Friedrichswerderscher Friedhof in Berlin-Kreuzberg. For the stories of music can also alleviate and comfort us, just like they can shake us, jolt our genitals and laughter muscles, when Mads gets going as storyteller.